Rutgers University – PhD, Women’s and Gender Studies, 08/2014-Present
5th year PhD candidate researching how feelings function in videogames to alter perceptions of humanity and difference both in game and out.

Developed and taught their own sections of undergraduate courses, both online and off, to educate students about the interactions between gender, race and other categories of difference with Women’s and Gender Studies. Also working as a teaching assistant with the Writing Program to teach expository writing.

Invited to participate in a four-day workshop spanning the academic year readying scholars of color for the academic job market and the tenure track.

Selected for an eight-week creative writing course for queer identified writers using creative writing as a platform for social justice activism. The course culminated in a public reading at the museum.

Chosen to present their work in a weeklong institute for graduate students and senior scholars studying media within their respective fields.

Participated in a one-day workshop to learn leadership skills as female and femme identified scholars of color.

Contributing gaming reviews that discuss the gender, racial and sexual politics of new game releases as well as providing coverage for gaming events like the Games for Change festival.

Part of a queer collective currently writing and publishing a zine related to resistance and activism through artistic practice. First issue centers on rage to be released at the end of April 2018.

Built online resources for students within the Political Science, Women’s Studies and LGBTQ Studies programs. Worked as one half of a team tasked with developing a workshop series to introduce LGBTQ Studies students to topics like intersectionality and feminist media studies. Facilitated a workshop on gender, race and sexuality in Orange is the New Black for students in the program.

Developed the course to give students an overview of feminist theory and its multiple fields of engagement including sections on biopolitics, critical race theory, neoliberalism, disability studies, fat studies, settler colonial studies and many more. Taught five sections of this course with 97 students total. Consistently maintained higher than average course evaluation results.

Developed this upper level course illuminating how blackness is experienced and conceptualized by black feminist theorists differently dependent on historical and geographical context.

Assisted Dr. Julia Wartenberg in this course which analyzed how care is valued and devalued transnationally by considering care in the context of nursing and teaching. Maintained forums, graded student responses and provided comments to ensure understanding of the material.

Developed and taught this fully online course highlighting how oppressive conceptions of human difference are mobilized within horror films to uphold normative bodies as privileged and frame non-normative bodies as deviant, grotesque, horrific and worthy of extinction.

Designed a workshop to highlight the importance of media analysis and pop culture criticism for undergraduate students through an analysis of the depictions of race, gender, sexuality and incarceration within the popular Netflix series Orange Is the New Black.

Bodies of Power/Theory in the Flesh, Rutgers University, October 5th, 2018

“Pixels of the Flesh: The Progressive Potential and Limits of Videogames in the Feminist Classroom?”

“From Cooties to Cunts: Misogyny, Subjectivity and Affect in GamerGate”

“Honoring the Bodies Beyond the Binary: Sexual Difference, Intersexuality and Inclusivity through Spinoza”

“Pixels in Distress: The Affective Economy of Video Games” 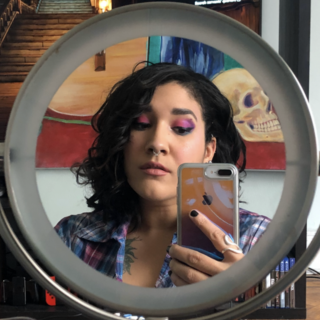